We recently made it out to Disney & Pixar’s “Onward” Global Press Conference after having screened the movie in collaboration with Entertainment Affair. 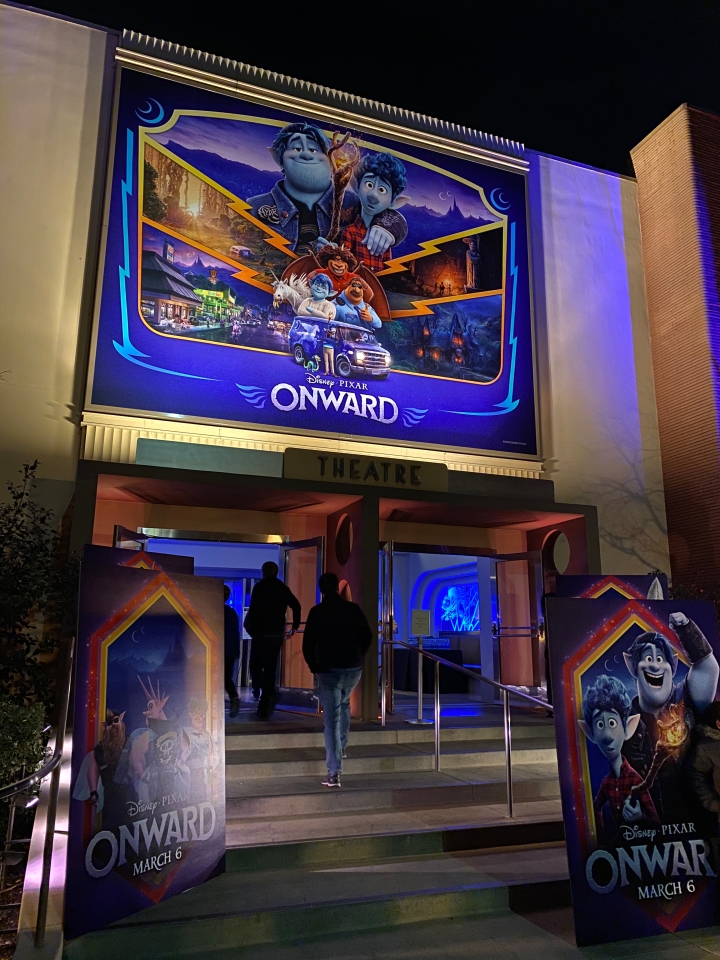 When teenage elf brothers Ian and Barley Lightfoot (voices of Tom Holland and Chris Pratt) get an unexpected opportunity to spend one more day with their late dad, they embark on an extraordinary quest aboard Barley’s epic van Guinevere. Like any good quest, their journey is filled with magic spells, cryptic maps, impossible obstacles and unimaginable discoveries. But when the boys’ fearless mom Laurel (voice of Julia Louis-Dreyfus) realizes her sons are missing, she teams up with a part-lion, part-bat, part-scorpion, former warrior – aka The Manticore (voice of Octavia Spencer) – and heads off to find them. Perilous curses aside, this one magical day could mean more than any of them ever dreamed.

Watch the press conference below:

"Nicky Jam: El Ganador" arrives on Netflix in the US on April 21 The authorized bio-series based on the life and career of the Latin music superstar, will be available to @netflix members in the U.S. on Tuesday, April 21. The 13-episode series previously debuted on Netflix internationally. "Nicky Jam: El Ganador" tells the life story of award-winning @nickyjampr, a singer-songwriter, who has become a worldwide music phenomenon. From his humble and troubled start in Boston, to his downfall on the streets, to becoming the king of one of the most popular musical genres, this is not only the life of Nicky Jam, but the history of reggaetón itself. The series is directed by acclaimed film and music video director @jessyterrero and produced by Endemol Shine Boomdog, a division of Endemol Shine North America. Juan Diego Medina of La Industria Inc. and Sergio Pizzolante, served as executive producers. - @elganadortv #faranduleo411 #NickyJam #ElGanador #JessyTerrero #boricua #colombia #Netflix
TELEMUNDO UNITES FAMILIES WITH VIRTUAL STAR-STUDDED MUSIC SPECIAL, “CONCIERTO EN CASA,” SATURDAY, MARCH 21 AT 7PM ACROSS ALL PLATFORMS In response to the COVID-19 pandemic, @telemundo has announced “Concierto en Casa” (#ConciertoEnCasa), the first-of-its-kind all virtual music special on Spanish-language media, tomorrow, March 21at at 7pm/6C on Telemundo Network and @nbcuniverso across all its platforms. The star-studded line-up includes @jbalvin, @luisfonsi, @alejandrosanz, @gloriaestefan, @emilioestefanjr, @cncomusic, @farrukoofficial, @princeroyce, @reikmx, @sofiareyes, @carlosvives, @wisin, @jesseyjoy, @laguzmanmx, @mauyricky , @camilamx, @emiliamernes, @angela_aguilar_, @pepeaguilar_oficial, @paulinarubio, @raymixmusic, @francodevita, @calibre50oficial, @bebetooficial, @banda.los.sebastianes, @elrecodooficial, @bandarecoditosoficial, and @danielhabif, among others, all appearing directly from their homes or studios. Co-hosted by Telemundo’s @mariacelestearraras and @jorgebernal, the show will offer Hispanic families and fans performances by their favorite artists at their own home to support and promote the country’s efforts to stop the spread of the virus. In addition to the regular broadcast, audiences will be able to view the concert #ConciertoEnCasa on the Telemundo app. #faranduleo411 #latinmusic #musicalatina #telemundo #concert #livestream
@telemundo and @billboardlatin have officially postponed the upcoming @latinbillboards and LatinFest+ conference. Due to the ongoing circumstances amidst the COVID-19 outbreak and keeping not only the health and safety of the crew working the event, but as well as the staff and artists, the awards and music conference that were to have taken place April 20-23 in Las Vegas have been postponed until further notice. Stay tuned as we continue to provide updates as more information comes in. #faranduleo411 #billboard #latinbillboard #premiosbillboard #lasvegas #ozuna #jbalvin #badbunny #daddyyankee #awardsshow #farruko #anuel #latinmusuc #musicalatina #latinfestplus #telemundo #Billboards2020
We recently chatted with @ralphydreamz 🇩🇴 Bachata's 💃🏻🕺🏻 newest rising star about his career and his plans for 2020. Check out our interview with him over cafecito ☕️ during his visit to Los Angeles via the link in bio! #faranduleo411 #dominicano #dominican #ralphydreamz #bachata #latinmusic #musicalatina