Skip to content
Netflix has announced that all 10 episodes of Gentefied will premiere exclusively on their streaming service February 21, 2020.
.
Executive Producer America Ferrera and Wilmer Valderrama are confirmed to guest star in the series. Ferrera directed two episodes along with co-creator Marvin Lemus, Marta Cunningham, Agora Guerra and Andrew Ahn.
. 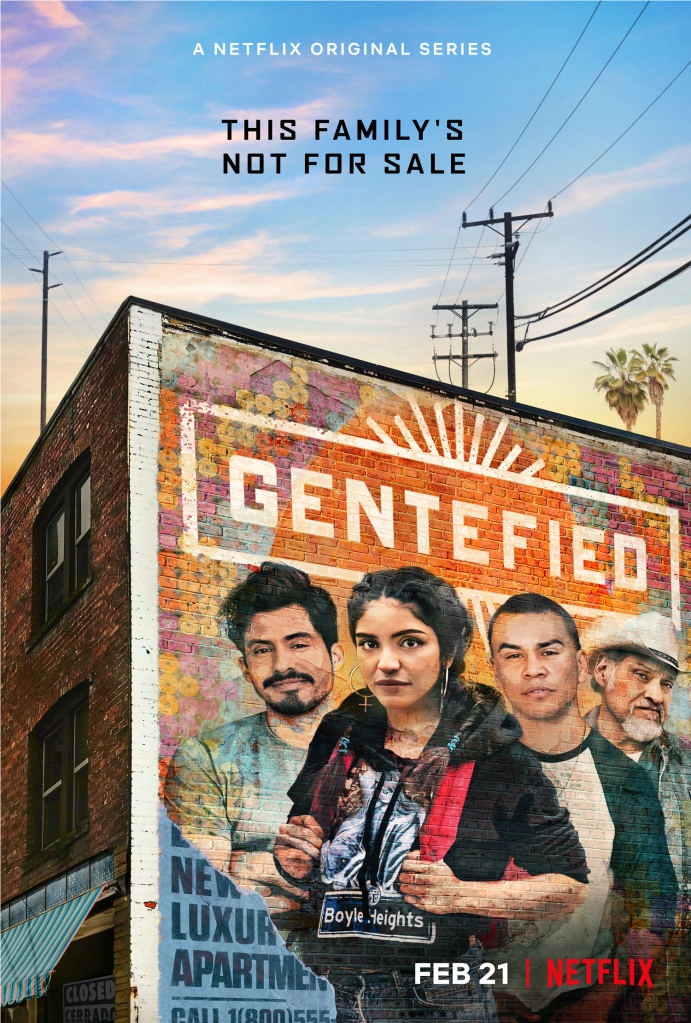 Created by two Chicano first-gen writers, Gentefied is a half-hour dramatic comedy adapted from the 2017 Sundance digital darling of the same name. In this badass bilingual series about family, community, brown love, and the displacement that disrupts it all, three Mexican-American cousins struggle to chase the American Dream, even while that same dream threatens the things they hold most dear: their neighborhood, their immigrant grandfather, and the family taco shop. Set in a rapidly changing Los Angeles, the Spanglish dramedy will navigate important themes like identity, class, and balancing insta-fame with translating memes for their parents. But most importantly, Gentefied will settle once and for all how to pronounce Latinx.
.
.
A love letter to the Latinx and Boyle Heights communities, creators Marvin Lemus and Linda Yvette Chávez hope Gentefied will let their little cousins rocking adidas, hoops, and big dreams see themselves on the big screen in ways they only dreamed of growing up.
.
Gentefied is a Netflix production starring Joaquín Cosío, Karrie Martin, JJ Soria and Carlos Santos and produced by Charles D. King and Kim Roth of MACRO, America Ferrera of Take Fountain, Teri Weinberg of Yellow Brick Road and Aaliyah Williams.