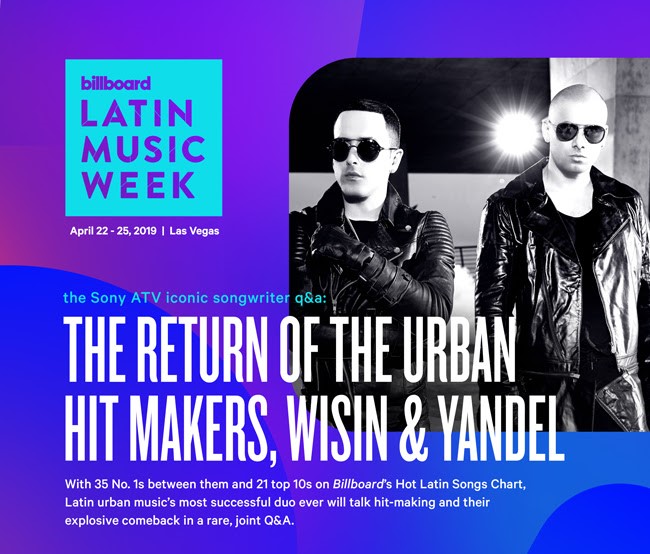 Billboard recently announced that Grammy Award-winning duo Wisin & Yandel, the most successful urban Latin duo in history, will headline the Sony/ATV Iconic Songwriter Q&A Session at this year’s Billboard Latin Music Week which will take place at The Venetian in Las Vegas April 22-25, 2019.

Latin Music Week features Q&A sessions and panels, including its signature “Star Q&As” as well as panels focusing on streaming, videos, both mainstream and Latin collaborations and more. Latin Music Week 2019 will include the return of the standout Women’s Panel, which became a catalyst for change in the Latin industry in 2018, as well as a panel entitled “Machismo and Feminism,” which will look at contemporary regional Mexican music. Wisin & Yandel join previously announced trap star Anuel AA as headliners of this year’s conference. Additional headliners and panels will be announced in the coming weeks.

Stay tuned as we continue to bring you the latest news regarding Latin Music Week 2019 and Premios Billboard!