Latin Trap and Urban artist Bad Bunny surprised all his fans when he surprisingly dropped his first album at midnight on Christmas Eve last year. It was a surprise because no one knew he was working on an album and it was amazing to see how everyone involved in it was able to keep it all under wraps for so long!

The album, titled “X 100PRE,” dropped on all digital music platforms this past December 24 at midnight and immediately reached the top of the charts, in less than an hour after its release!

The album is comprised of 15 all-new songs, with the exception of his mega-collaboration with Drake, “Mia“; and “Solo de mi,” an empowering song showing support to victims of domestic violence that he released as a surprise on December 14 and is currently sitting in the Top 5 of Billboard’s Hot 100 chart.

“X 100PRE” is a revolutionary album that goes beyond trap, as it encompasses elements from reggaetón, dance hall, dembow, and others, showcasing that Bad Bunny is not a trap singer, but rather a well-rounded artist with a robust talent and an ample repertoire of musical knowledge. The production credits include acclaimed reggaeton producers, Tainy and Roberto Rosado “La Paciencia,” and also collaborations with Drake, DiPlo and “El Alfa.”

The album is everything we expected from El Conejo Malo and more, and we can’t stop listening to it! 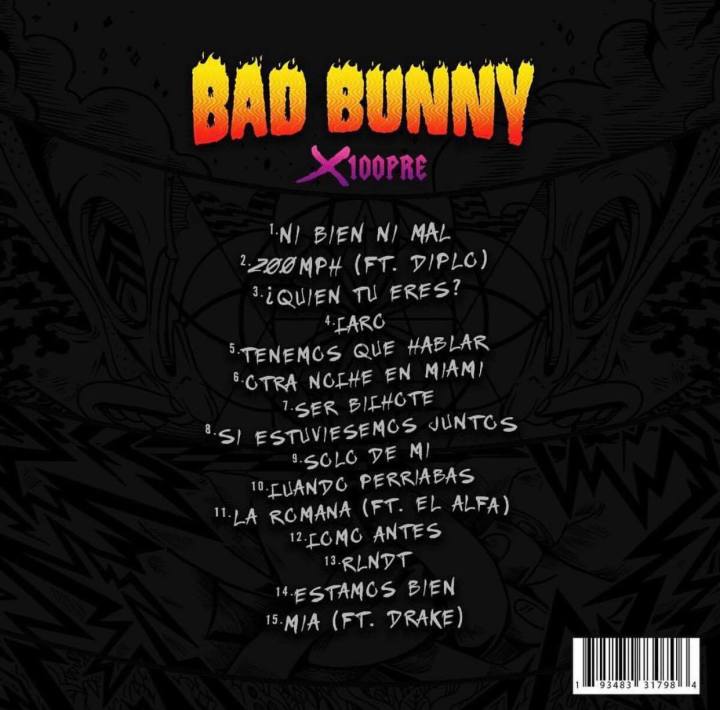